What is the best PAR meter?

For coral-growing success, it’s critical to know how much light your corals are getting. And because we here at ReefKeepers haven’t met anyone yet who could accurately eyeball it, getting an accurate measurement means using a PAR meter.

Back in 2005,  Dana Riddle set out to determine exactly that. He evaluated the LI-COR and Apogee PAR meters under varying conditions and determined, quite surprisingly, that the Apogee’s results were more than close enough to the LI-COR.

In my opinion, objections to the validity of the Apogee’s measurements based strictly on the issue of spectral response are unjustly founded. The largest source of error lies squarely (but potentially) with the user of the instrument, and not inherent optical qualities. User error includes sensor orientation, sensor cleanliness, instrument condition (care, maintenance, calibration) etc.

Flash forward almost 12 years, and the great folks at BRStv have decided to run their own tests — this time including the Seneye Reef Monitor as well. Their findings were similar to Dana’s, but they also had a couple of shocking discoveries with the two most expensive PAR meters. Check out the video: 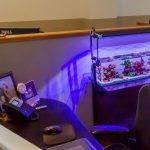 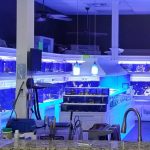 NextLiving the Dream: Opening an LFS